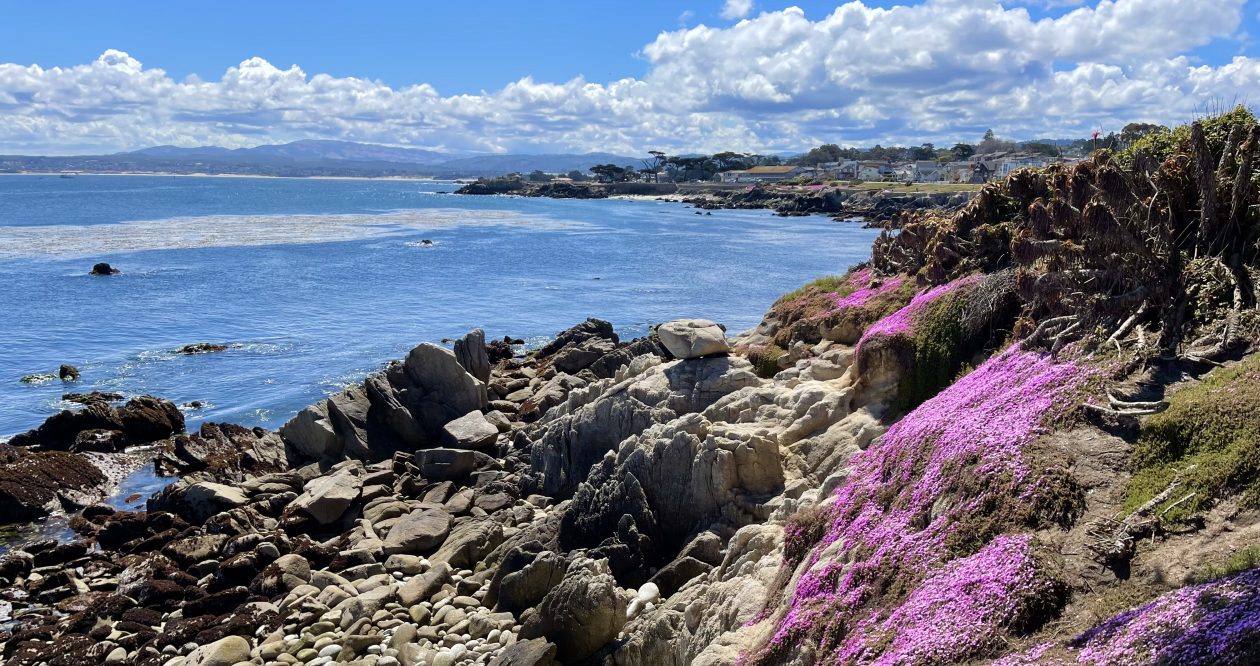 Hello and Happy Monday! Hope you had a good weekend. Around here our weather was pleasant in the 70s, perfect spring like weather. I mostly had a relaxing weekend but also managed to sneak in a couple of fun events.

I didn’t know what to expect, I’ve seen his Netflix comedy show Patriot Act and liked some of it, but I was never a giant fan like many around me. But I still joined Hitesh and my daughter and her fiance and went to the show, and I must admit Hasan Manaj was better than I expected. His jokes were intelligent, very current, and hilarious! You gotta love someone who pokes fun at himself. It was worth the evening out in downtown, even though I just wanted to stay at home and bum 😃.

Sunday afternoon we spent with dear friends Swati and Tarak. A rather impromptu get together, the best kind right? It was a beautiful cool May Sunday and the four of us just hung out on their balcony over delicious homemade lunch and conversation.

On the menu were an array of vegetarian dishes all prepared by Swati. Healthy, delicious and filling, this is one awesome menu to share with friends 🥰.

Eggplant salad was amazing! I could have had all of it. Roasted eggplant topped with feta, olives and tomatoes – yum!

If you own a panini toaster then making these Indian street style sandwiches are a breeze. Make the potato curry and stuff inside slices of bread. Then toast them up in a panini press. Or even on the stove top. Think of it like a grilled cheese sandwich but with Indian curry inside.

And then there is the beet soup. Those of you have been following me for a while know I’m not a fan of beets – that is until recently. My friends are slowly converting me! Swati’s beet soup is one beet dish that I actually like – a lot!

Here is a recipe for a delicious beet soup that tastes great even for a “not a beet fan” like myself. It’s yummy with the flavors of onions, garlic, carrots, potato and of course beets!

Swati’s parting gift as I left was this beautiful hydrangea bouquet from Swati and Tarak’s s garden. How they have hydrangea blooms already is beyond comprehension. Yet here it is, this beautiful blue bouquet 💙💐.

Okay, so when I received the flowers the blue blooms were wilting and looking rather sad, and Swati apologized as she gave it to me saying “I cut this morning at it was looking fine, I don’t know why its drooping.” I told her I had read a hack to bring hydrangea blooms back to beauty and I would try it out.

So how did I do it? I first googled “revive hydrangea blooms.” Most of the instructions said the same thing to submerge the blooms in warm water for upto 3 hours and they would perk back up. I tried that but it didn’t work. Then I recalled that I had read a little paragraph in a cooking blog I follow called Half Baked Harvest and I vaguely remember she had bought hydrangea blooms and how they had wilted and she gave a tip on how to perk them back up. This time I submerged the blooms AND the stalk in water for 1 hour. This time it worked! The blooms did perk up and the bouquet now looks like a fresh cut hydrangea arrangement.

Hoping your’e having sunny springtime weather where you are 💐😍.

Wishing you a wonderful week ahead!